On April 28th, 2017, “Andrew’s Studio”, a recording studio located at The Teen Center at Arch Street, Greenwich, was officially opened. About 150 people attended the event. The buildout and […]

On April 28th, 2017, “Andrew’s Studio”, a recording studio located at The Teen Center at Arch Street, Greenwich, was officially opened. About 150 people attended the event. The buildout and equipment were funded by a grant from the Andrew Rinaldi Memorial Fund.

The studio is free for all, and is now in daily use by teens from middle schoolers to high schoolers. Music teachers from the High School are encouraging students to use the studio when school facilities are in short supply; and it is being used to make recordings for talk radio as well as for budding musicians. Open houses every week encourage its use for experiment, as well as for more established artists.

In addition, The Teen Center is having evenings dedicated to college students home for the holidays to come and make music together, and to use the studio to further this. 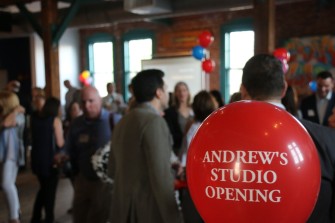 We have also approved grants to Domus and Pacific House in Stamford, CT. Both groups house young adult men who are finding their place in the world. Our grants have gone to support activities such as gym memberships, outings to baseball games, movie theatres and restaurants. We gave one young man a grant to fund his expenses while he attended college summer school; and now he is a fulltime undergraduate at Missouri Western State University, studying Criminal Justice. Another, who came and spent time at the studio, has gone to the Wayne State College in Nebraska to study Graphic Design. 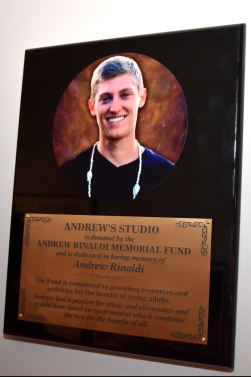 …. And what next? Well, we have just been contacted by another local teen center who would also like a recording studio, this time in Stamford! It’s early days, but we think that the opportunity is promising and we will be exploring this further in 2018….

Thank you for your support. Its impact is far beyond the actual dollars.